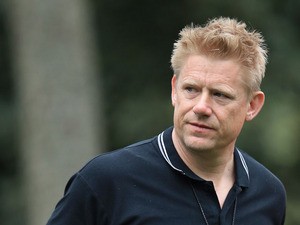 Ex-Manchester United goalkeeper Peter Schmeichel has conceded that he would like to see Leicester City claim the three points that they need to wrap up the Premier League title at Old Trafford this afternoon.

The Danish goalkeeper is widely regarded to be a United legend, having won five Premier League titles, three FA Cups, the League Cup and the Champions League during his playing stint with the club.

However, with his son Kasper between the posts for Leicester, the 52-year-old has insisted that "blood is thicker than water".

"I've been a Man United fan all my life. I hate to see Man United walk through another season of absolutely nothing, as I feel we have done," he told BT Sport.

"But, blood is thicker than water. I have to support my son. I want my son to win the championship, if it is possible, at Old Trafford. That would be a fulfilment of everything he's ever dreamed of."

Leicester last won away at United in January 1998 thanks to a goal from Tony Cottee - a game in which Schmeichel senior featured for the hosts.

Van Gaal 'not embarrassed' by Leicester

Benzema: "It was important to win"
Your Comments
More Manchester United News

Ronaldinho: 'I will find new club'
6

Ekeng passes away after collapsing on pitch
8

Guardiola: 'Bayern mole not my problem'
7

Oxlade-Chamberlain ruled out of Euro 2016
10

Arda Turan: 'I will remain patient'
4

Ekeng passes away after collapsing on pitch
7