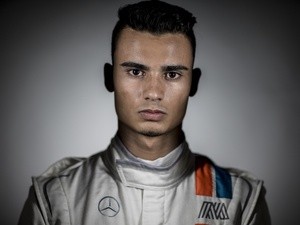 Pascal Wehrlein has reportedly admitted that he is heading to Sauber for 2017.

It is yet another strong sign that Valtteri Bottas's move from Williams to Mercedes to replace new world champion Nico Rosberg is complete.

Wehrlein was earlier a strong contender to replace the retiring Rosberg, but recent reports suggested a deal for the Mercedes junior to instead move from embattled Manor to the Ferrari-powered Sauber team has been agreed.

"I'm delighted to be a part of this great team," Wehrlein added, according to Swiss newspaper Blick.

The 22-year-old picked up Manor's sole point of the 2016 championship.

View our homepages for Pascal Wehrlein, Valtteri Bottas, Nico Rosberg, Roger Benoit, Formula 1
Follow @SportsMole for the latest breaking news stories, and follow @sm_headlines to get every headline from Sports Mole
Recommended Next on SM

Sauber tips Liberty to be fairer to small teams

Duncan not worried by loss
Your Comments
More Sauber News

Sauber tips Liberty to be fairer to small teams

Ravanelli: 'My dream is to manage Middlesbrough'
7

Ravanelli: 'My dream is to manage Middlesbrough'
3

Ravanelli: 'My dream is to manage Middlesbrough'

Roger Federer: "I am ready now"