Sergio Romero saves a penalty as Manchester United claim a goalless draw from their Premier League clash with Southampton.
By Darren Plant, Reporter
Filed: Wednesday, May 17, 2017 at 21:37 UK

Manchester United have avoided a third straight away defeat in the Premier League after registering a goalless draw with Southampton.

Goalkeeper Sergio Romero was the hero after he saved a spot kick from Manolo Gabbiadini, while he was also responsible for several other fine saves to keep the Saints at bay.

United had their own opportunities, with Anthony Martial striking the post in the second half, but Jose Mourinho will be quietly content with a point on the south coast. 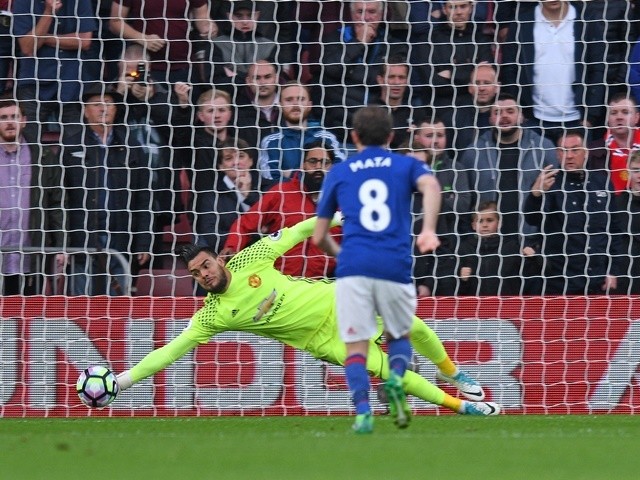 Southampton were gifted a chance to take the lead as early as the fifth minute when Eric Bailly was adjudged to have handled the ball inside the penalty area, although replays suggested that the offence was committed just outside the box.

However, Gabbiadini - without a goal since March 4 - saw his spot kick superbly saved by Romero as he attempted to fire the ball into the bottom left corner.

On the quarter-hour mark, United hit back through Wayne Rooney, who played a delightful pass through to Martial but the Frenchman's shot was dragged wide of the post. 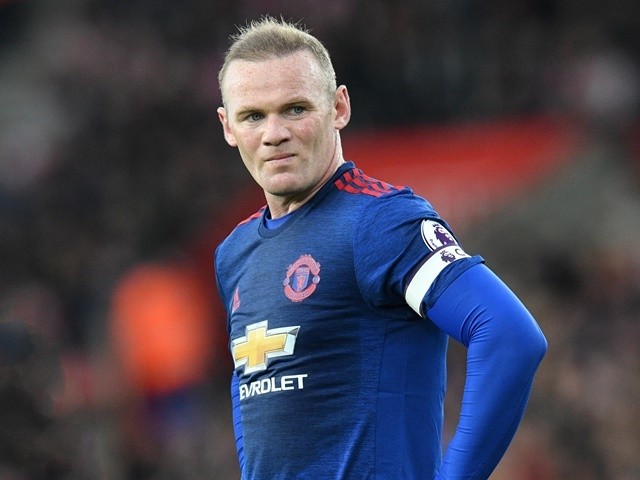 In a lively opening, Nathan Redmond curled a free kick wide for Southampton before back up the other end, a scuffed attempt from Henrikh Mkhitaryan needed to be tipped behind by Fraser Forster.

As the first half progressed, chances on goal dried up but just before the break, Redmond had a deflected shot from around 20 yards comfortably saved by Romero.

Southampton went back onto the offensive after the restart, with Dusan Tadic seeing a rasping shot from just outside of the penalty area punched clear by Romero, who was impressing as a replacement for David de Gea.

Soon afterwards, the stand-in goalkeeper saved brilliantly from Romeu's drive from 14 yards, before he made a third intervention in quick succession to tip James Ward-Prowse's curling effort wide of the post. 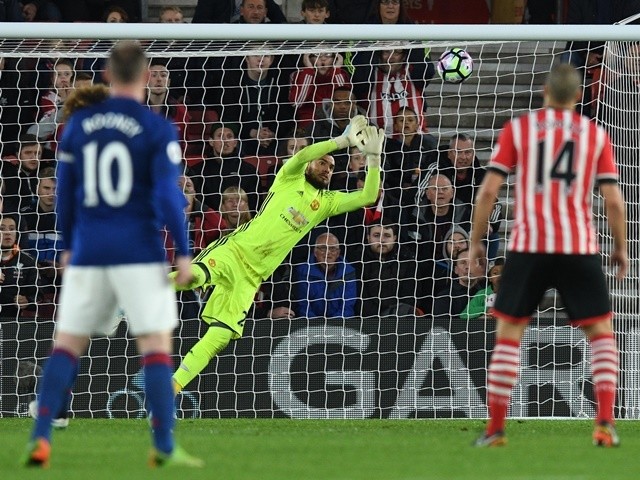 Once the hour mark had passed, United started to provide a response with Juan Mata firing high over the crossbar after good work from Chris Smalling and Rooney.

The opportunities continued to arrive with Ward-Prowse having a goalbound volley blocked by Phil Jones, and United's Martial curling against the post from 20 yards out.

With 10 minutes remaining, Jay Rodriguez became the next player to waste a good opportunity when he sent a shot from the edge of the area wide of Romero's post, despite having time and space.

That proved to be the final opening of a closely-fought contest, with the result potentially suiting both clubs ahead of their upcoming fixtures.

Read Next:
Pogba ruled out of Southampton clash
>

Pogba ruled out of Southampton clash

UEFA: 'No terror threat ahead of Europa final'

Mourinho: 'Arsenal were not the better side'

Smalling: 'I have good rapport with Mourinho'

UEFA: 'No suggestions of terror threat ahead of Europa League final'

UEFA: 'No terror threat ahead of Europa final'
3

Milner: 'Next step is winning trophies'
5

Neville worried about pressure on United
6

Wanyama: "Nothing to worry about"
8

Sturridge: 'I am happy at Liverpool'
10

Milner: 'Next step is winning trophies'
2

UEFA: 'No terror threat ahead of Europa final'
3

Neville worried about pressure on United
7

Milner: 'Next step is winning trophies'

UEFA: 'No terror threat ahead of Europa final'

Ken Owens expected to be fit for Lions

Massa could stay at Williams in 2018

McIlroy pulls out of PGA Championship

Poulter proud of one of "very best" shots