Rafael Nadal comfortably reaches the third round of the Madrid Open as he continues his impressive form on clay ahead of the French Open.
By Danielle Joynson, Staff Reporter
Filed: Tuesday, May 3, 2016 at 17:10 UK

Rafael Nadal has continued his impressive form on clay by comfortably securing a place in the third round of the Madrid Open.

The Spaniard, who won the Monte Carlo Masters and Barcelona Open last month, sealed a 6-3 6-3 victory over Andrey Kuznetsov in just under one hour and 20 minutes. 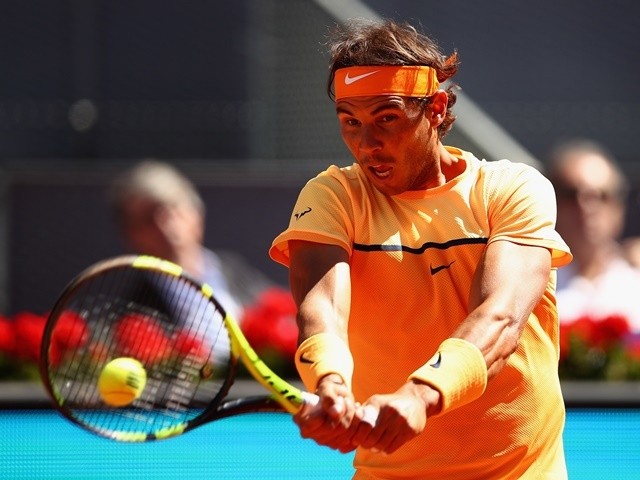 The 14-time Grand Slam champion, who dropped just five points on serve against Kuznetsov, struggled last year, but looks to be one of the players to beat ahead of the French Open later this month.

Nadal went an early break up this afternoon and he comfortably took the set after his opponent failed to create a single break point.

It took 42 minutes for the Spaniard to grab the second set as he earned a double break to push himself into the third round.

View our homepages for Rafael Nadal, Andrey Kuznetsov, Tennis
Follow @SportsMole for the latest breaking news stories, and follow @sm_headlines to get every headline from Sports Mole
Recommended Next on SM

Evans moves into top 100 after victory in Taipei

Pochettino: "I don't care about Arsenal"
2

Wilshere: 'We need Welbeck for Euros'
5

Barcelona, Real to battle for title
7

Pochettino: "I don't care about Arsenal"
2

Wilshere: 'We need Welbeck for Euros'
3

Pochettino: "I don't care about Arsenal"

Wilshere: 'We need Welbeck for Euros'

Pochettino: "I don't care about Arsenal"