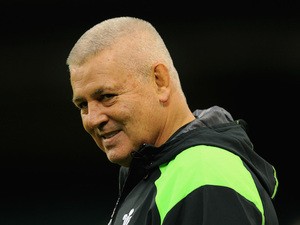 Wales head coach Warren Gatland has said that his side are excited by the prospect of testing themselves against world champions New Zealand in their upcoming tour.

Wales take on the All Blacks in the first Test at Eden Park on Saturday looking to beat New Zealand in their own backyard for the first time ever.

Gatland has named an experienced side for the match, and he is hopeful that will prove to be important on the day.

"We are expecting a really tough contest at the breakdown, but we are not targeting that area. With our loose forwards and Gethin Jenkins, who is so strong over the ball, we feel we can pose a threat," he told reporters.

"But it was more about picking experience so we can hopefully be really competitive against the world champions. We've got experience coming back into the team with Gethin, Ken Owens, Bradley Davies and Jonathan Davies.

"You've always got to be excited about playing the best team in the world, the back-to-back world champions, in their own back yard. It is a huge test for us, but to get the chance to test yourself against the best is exciting."

Wales have lost their last 26 matches against New Zealand stretching back to 1953.

Lukaku talks up interest from other clubs
7

Saints to Everton: 'Hands off Forster'
8

Lukaku talks up interest from other clubs
8

Del Bosque: 'Spain are on the right path'
> View all headlines
Tweets by @sportsmole

Thunderstorms hamper US Open first round