Wasps score four tries to earn a bonus point in a 32-6 triumph over Toulon in the European Rugby Champions Cup.
By Nathan Staples, Reporter and Callum Mulvihill, Reporter
Filed: Sunday, November 22, 2015 at 19:08 UK

Wasps clinched a bonus point in a comfortable 32-6 triumph over Toulon in the second game of their European Rugby Champions Cup campaign this evening.

Jonathan Pelissie missed an early penalty and they were made to pay as Wasps went ahead after eight minutes, with some good pressure leading to Nathan Hughes powering over for the try. 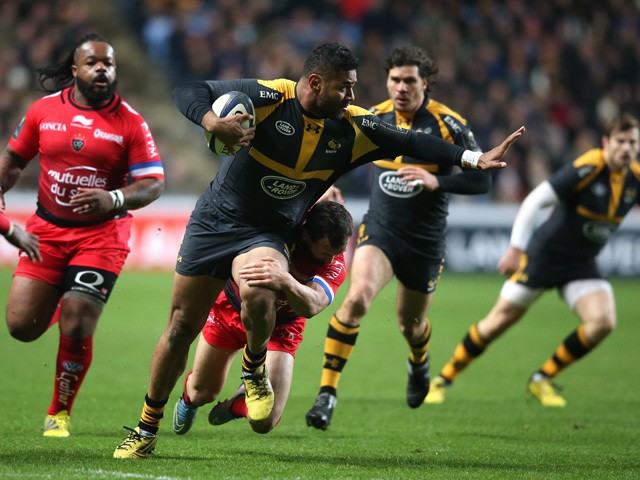 The home side went further ahead just a minute later as Ruaridh Jackson chipped the ball over the Toulon defence, Joe Simpson picked it up and played it to Joe Launchbury, who found Jackson again to race clear for Wasps' second try.

Pelissie put up three points for the French side after a penalty from a power scrum, but Elliot Day hit a kick from halfway to extend their lead back to 14 points.

Day could have put his side further ahead but missed his kick before Jackson added another penalty with 10 minutes of the first half remaining, although Pelissie was able to cut the deficit back down just before the break.

In the second half, an excellent run by Charles Piutau split the Toulon resistance before passing the ball to Frank Halai to sprint clear for another Wasps score.

Hughes ran in the Premiership side's bonus-point try after a rolling maul allowed the flanker to stretch over and add more to the Wasps' dominant lead, although Jackson missed the following conversion.

Simpson crowned Player of the Month for April

Ford, Joseph up for Player of the Season award

Danny Cipriani to return to Wasps next season

Arsenal to move for Vincent Janssen?
7

Diego Simeone hits back at critics
10

Oxlade-Chamberlain ruled out of Euro 2016
7

Arsenal to move for Vincent Janssen?
1

Simeone not looking for "revenge"
> View all headlines
Tweets by @sportsmole