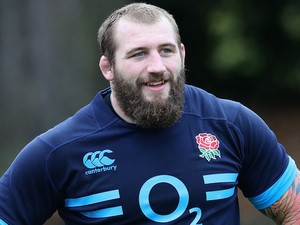 England head coach Eddie Jones has named Joe Marler in his team for the Six Nations opener against France, despite ruling him out last month with a leg fracture.

The loosehead prop was expected to be on the treatment table for five weeks, but he sped up his recovery and after returning to full-time training last week has been included in the setup for this Saturday's encounter at Twickenham.

A host of injuries to the team has forced Jones into shuffling the pack, with Joe Launchbury and Courtney Lawes partnering at lock.

Elliot Daly also gets a starting nod as he takes a place on the wing.

Read Next:
Daly to make first start for England
>

Courtois: 'Chelsea happy with a point'
4

Michael Keane: "We deserved the point"
7

Mourinho: 'No hope of catching Chelsea'
4

Man City 'ahead of Madrid in race for Dybala'
8

Real Madrid back on top of La Liga
10

Michael Keane: "We deserved the point"
3

Courtois: 'Chelsea happy with a point'
4

Michael Keane: "We deserved the point"

Courtois: 'Chelsea happy with a point'

India declare on 687 against Bangladesh

India in command in Hyderabad