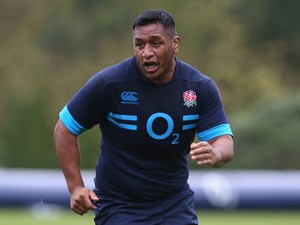 © Getty Images
England prop Mako Vunipola admits that he is wary of Australia's scrum ahead of the first Test of their summer tour Down Under.
By Barney Corkhill, Staff Reporter
Filed: Wednesday, June 8, 2016 at 22:18 UK

England prop Mako Vunipola has admitted that he is wary of Australia's scrum ahead of the first Test of their summer tour this weekend.

The Red Rose were expected to come out on top in the scrum against the Wallabies when the two sides met at the World Cup last year, but instead it was Michael Cheika's side who dominated that area of the game on their way to a record victory at Twickenham.

Vunipola revealed that the "hiding" they received is still fresh in their minds, but insists that revenge will not be on the agenda as Eddie Jones faces his home country.

"They gave us a good hiding in that department during the World Cup and we know that. We came out of that game thinking that we had thought too much of ourselves more than anything. We were very confident going into the World Cup as a pack, but the biggest lesson we took was that on any day anything can happen. We go into this weekend knowing that too," he told reporters.

"We're going into this Test match knowing we face a massive challenge as a front row and as an eight. This series has nothing to do with revenge, but as front rowers we have pride and want to move on. We have a clean slate to go out there and put a better foot forward. There is no thought of revenge or righting wrongs of the World Cup and although it's hard to forget, it has got to go to the back of our minds.

"Australia use their scrum as a weapon now, not just to get ball out to their backline which has been their traditional strength. Now they're using their forward pack to dominate, whether that's through the scrum or the maul. They've become one of the best packs in the world and they've got some great coaches around them. Cheika's been in Europe and had a lot of experience there. He's learnt from that and now he has taken that down to the southern hemisphere, they've become a dangerous team all over the park."

Saturday's match will take place at the Suncorp Stadium in Brisbane, where England have never before beaten Australia.

View our homepages for Mako Vunipola, Michael Cheika, Eddie Jones, Rugby Union
Follow @SportsMole for the latest breaking news stories, and follow @sm_headlines to get every headline from Sports Mole
Recommended Next on SM

Cheika rules himself out of England running

Shenhua to move for Riquelme?
Your Comments
More England News

Sturridge wins it for England in Lens
3

Lafferty out of NI starting XI against Ukraine
6

Beckham refuses to rule out management
10

Skrtel 'on verge of joining Fenerbahce'
9

Lafferty out of NI starting XI against Ukraine
3

Sturridge wins it for England in Lens
6

Beckham refuses to rule out management
7

Storey to compete at seventh Paralympics
10

Team News: Lafferty out of NI starting XI against Ukraine