Review: Day one of US PGA Championship

Sports Mole takes a look at the major talking points of the opening round of the US PGA Championship at Whistling Straits.
By Darren Plant, Reporter
Filed: Friday, August 14, 2015 at 11:25 UK

Ahead of the 97th staging of the US PGA Championship, there were a number of questions that needed to be answered. How would Rory McIlroy's ankle hold up? How would Dustin Johnson cope with his past history at Whistling Straits? Could Tiger Woods build on his performance at the Quicken Loans National?

The pressure on Jordan Spieth's shoulders has also reached fever pitch, with the young American closing in on the number one spot in the world rankings, while a number of other players were looking to build on their recent form on the PGA Tour by making an impact at the final Major of 2015.

Below, Sports Mole takes a look at what occurred on day one of the tournament at Kohler, Wisconsin. 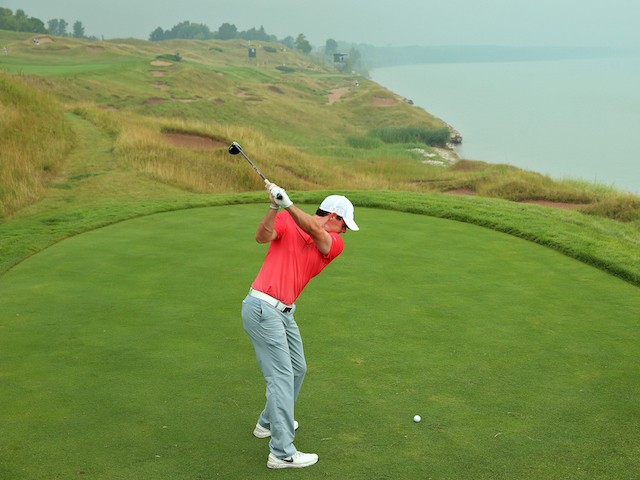 After being paired with Spieth and Zach Johnson - the winners of the Major tournaments in 2015 - there was no possibility of McIlroy making his return from injury in low-key fashion, and nor would he expect to as the sport's number one player. Despite seemingly proving his fitness in the build-up to the event, there was still an element of doubt surrounding his capabilities on such a demanding course. During the early stages of his round, though, it was soon clear that the Northern Irishman was fighting fit for the defence of his title.

He bogeyed the first, but proof that his ankle was up to scratch came with his tee shot at the second, a 311-yard drive that found the fairway. That was followed by a 283-yard approach shot into the green to leave himself with a 22-footer for eagle. Not bad for just your second competitive hole in nearly eight weeks. Further indication that McIlroy's competitive instinct was there came at the fifth as he rolled up his trousers to play a pitch out of the water. It is a shot that most players wouldn't dare try, but McIlroy took his chances and proceeded to leave a 36-foot putt for birdie.

He would slide his attempt past, but McIlroy was tuned in to ensure that he didn't become an also-ran in conditions that didn't favour the afternoon starters. The 26-year-old would end Thursday's play on one-under-par - five shots off the lead - but that was more than acceptable. McIlroy himself would have expected better, but this was a promising start to a tournament he usually thrives at. 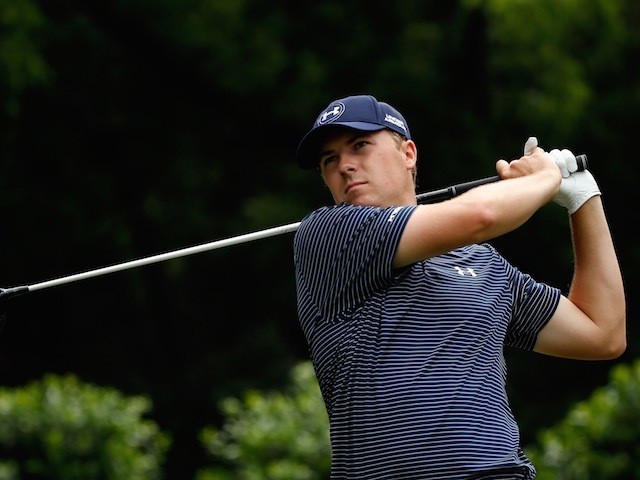 Playing partner Spieth almost spent his day in the shadows. McIlroy was showing no signs of any rustiness and Johnson was spraying the ball all over the place. Ten successive pars at the start of his round were solid yet uneventful, but his mistake at the 11th effectively sparked the American into life as he holed a chip at the next hole to return to level par. A routine birdie at 16 ensured that he ended the day level with McIlroy and with both men out early on Friday, they have the opportunity to move themselves up the leaderboard.

It will take some effort to catch Dustin Johnson, though - that is if he can maintain the form that he showed on Thursday. Five years ago, when the tournament was last held at Whistling Straits, the big hitter appeared to get himself into a playoff with Martin Kaymer and Bubba Watson before he was penalised from grounding his club in one of the course's many bunkers. It was a bitter blow for the then 26-year-old, who has since gone on to miss out during the closing stages of several Major tournaments, but he showed yesterday that he will be difficult to beat if he can maintain the tunnel-vision that he displayed during the first round.

The world number eight has only managed finishes of 49th and 53rd since blowing the US Open in June, but five birdies and an eagle on Thursday suggested that he was over that disappointment. There are still three rounds remaining, but after he revealed that he found his round "pretty easy", that could spell trouble for the rest of the field. 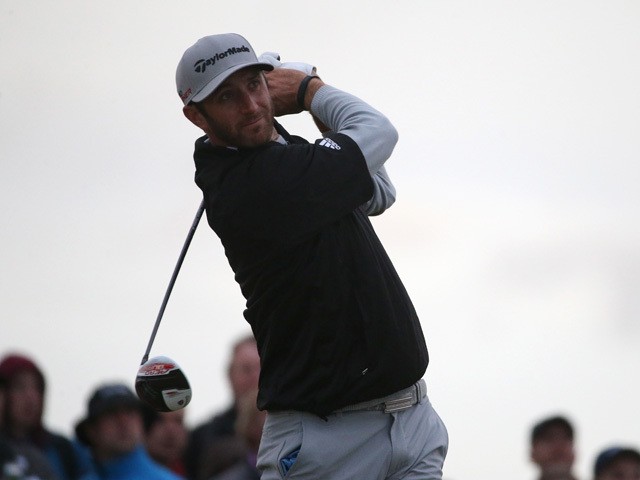 While Johnson was opening up a lead at the top of the leaderboard, Woods was attempting to avoid what has almost become his trademark slow start to a golf tournament. The 14-time Major winner began with four pars - something that he would have taken before the start - but he was missing chances for birdies and that set the tone for the remainder of his round. He squandered a five-footer for par at his fifth hole and that effectively left him struggling to make level par by the end of the day.

Woods would remain one-over at 11 holes, but three bogeys in four holes left him free-falling down the leaderboard. The frustration was there for all to see, and it didn't get any easier after he missed makable putts for birdie as he approached the clubhouse. However, to Tiger's benefit, the conditions worsened during the afternoon and after one stage being down below 110th, he ended Thursday in a tie for 86th. That's not great by any means, but with the top 70 making the cut, he still has a chance of avoiding missing three Major cuts in a row. 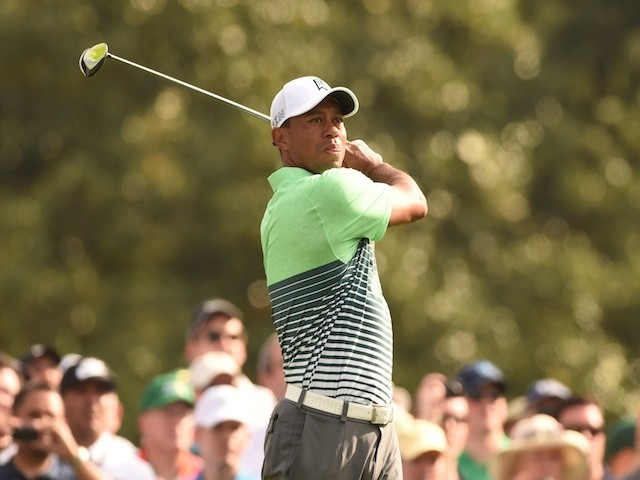 The majority of the top 10 in the standings were representatives of the United States and Australia, but the English challenge wasn't too far behind. Justin Rose, who has been backed to make a bid for a second Major crown, posted on social media that he had "started like a snail" after dropping two shots in his first four holes, but he had every reason to be delighted with the remainder of his round after posting five birdies without any more dropped shots. On a course like Whistling Straits, that is mightily impressive and if he can avoid another slow start, consistency could see Rose go close at the weekend.

Rose is joined in a tie for 11th place by compatriot James Morrison. The 30-year-old has little experience of playing in Major tournaments in the United States, but a three-under-par round on his first appearance at the US PGA is hugely encouraging. His performance shouldn't come as a huge surprise, after finishing a respectable 20th place at last month's Open Championship and winning the Open de Espana earlier this year, but he will be realistic with his hopes this week, and making the cut and finishing in the top 30 would be considered a success. 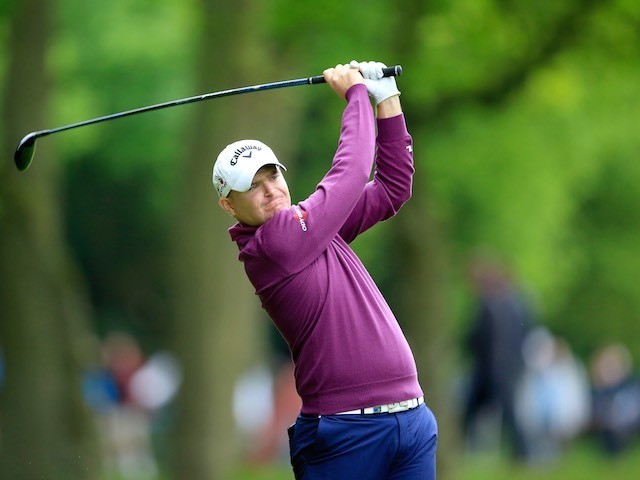 Danny Lee and David Lingmerth aren't names that will be too familiar with the casual golf follower, but over the past few months, they have made giant strides up the world rankings and that looks like it will continue this week. Lee ended 2014 in 220th, while Lingmerth was marginally better at 169th, but both men will establish themselves in the top 50 in the world if they can follow up their showing on Thursday.

Lee, who was born in South Korea but now represents New Zealand, went on a run of five birdies in seven holes during the back nine and he is sitting nicely at four-under-par. Lingmerth went one better in ending on five-under-par, but it could have been better for the Swede, who couldn't build on his five birdies on the front nine. Nevertheless, while they haven't reached the star status on the PGA Tour just yet, the pair should be regarded as dark horses for the title this week.

Read Next:
Dustin Johnson takes lead at US PGA
>

Result: Merritt holds on to clinch win in Virginia

Diego Simeone hits back at critics
7

Simeone not looking for "revenge"
> View all headlines
Golf on LockerDome