West Ham United have maintained their pursuit of a top-five spot in the Premier League by seeing off Watford 3-1 at Upton Park this evening.

The Hammers led by three goals with 53 minutes played in East London, two of which came via the penalty spot, before Sebastian Prodl pulled one back for his side.

A much-changed Hornets team, with more than one eye on Sunday's FA Cup semi-final meeting with Crystal Palace, were unable to mount any real comeback to slip to a fairly routine defeat. 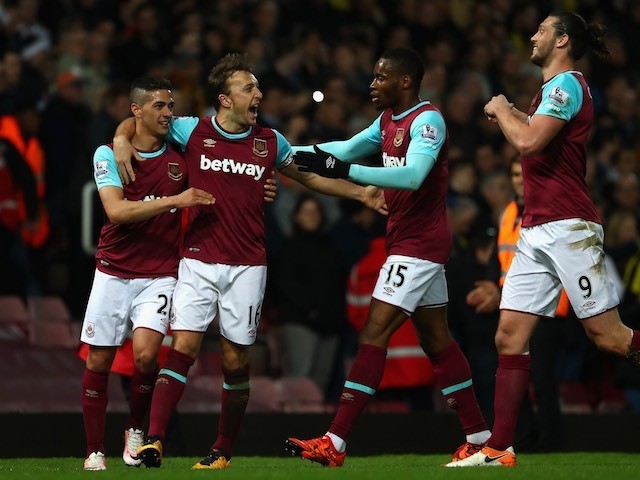 United were ahead early on when Dimitri Payet's clipped ball was hammered home by Andy Carroll for his sixth goal in five outings.

Payet almost made it two later in the first half as he controlled Carroll's sweeping pass before curling just a yard or so wide of the target.

Diafra Sakho also missed a good chance to double his side's advantage, but Mark Noble made no mistake when tucking away his penalty after Sakho was bundled over by Jose Holebas in the box.

Manuel Lanzini was the latest to squander a glorious opening for the hosts, placing the ball wide from 10 yards out when left unmarked, yet West Ham were to bag a third through another spot kick. 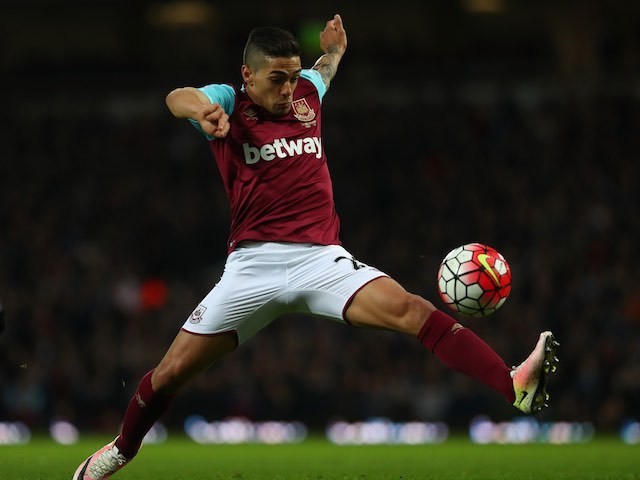 Moments after wasting an opportunity at one end, Almen Abdi brought down Michail Antonio up the other to gift Noble a second past Heurelho Gomes, just days after the Brazilian had stopped two pens away at West Bromwich Albion.

Prodl did give Watford some hope with a fine left-footed volley from a free kick shortly after the hour, yet it was United's Victor Moses who came closest to scoring the game's fifth goal only to be denied by Gomes late on. 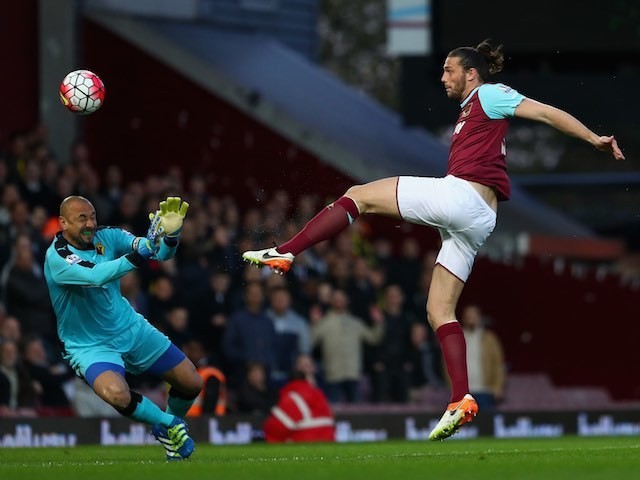 There was still time for substitute Troy Deeney to fluff his lines when awarded a pen of his own, seeing his attempt kept out by Adrian, while Nordin Amrabat was shown a second yellow card at the death for catching Winston Reid late.

West Ham are now unbeaten in nine games - their longest such run in the top flight since 1985 - to remain just three points behind Manchester United who occupy the fifth and final European berth.

Carroll: 'Ref tried to even things out'

Liverpool 3-0 Villarreal - as it happened
2

Sturridge: 'We put our bodies on the line'
9

Liverpool 3-0 Villarreal - as it happened
2

Sturridge: 'We put our bodies on the line'
4

Lallana: 'We have respected Europa League'
8

Sturridge: 'We put our bodies on the line'

Result: Djokovic too hot for Bautista-Agut

Raikkonen under fire over motocross track