Leicester City have extended their lead at the top of the Premier League table to five points following a 1-0 victory at Watford in Saturday's late kickoff.

Riyad Mahrez scored the only goal of the match in the 56th minute as the Foxes moved five points clear of second-placed Tottenham Hotspur and eight clear of third-placed Arsenal with nine games to play. 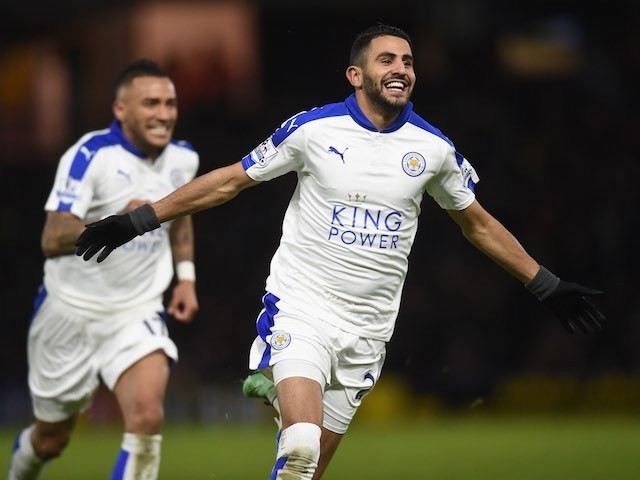 Watford boss Quique Flores made three changes from the Manchester United defeat, with Nordin Amrabat, Nathan Ake and Mario Suarez all handed starts in place of Jose Holebas, Valon Behrami and Almen Abdi. As it transpired, however, Holebas was drafted into the XI in at the final minute following an injury in the warm-up to Miguel Britos.

The big news in the Leicester team was the return of N'Golo Kante, who managed to shake off a hamstring problem to replace Andy King in the middle of the park.

That was the only change from the draw at home to West Bromwich Albion, with Shinji Okazaki continuing in attack alongside the league's top scorer - Jamie Vardy. 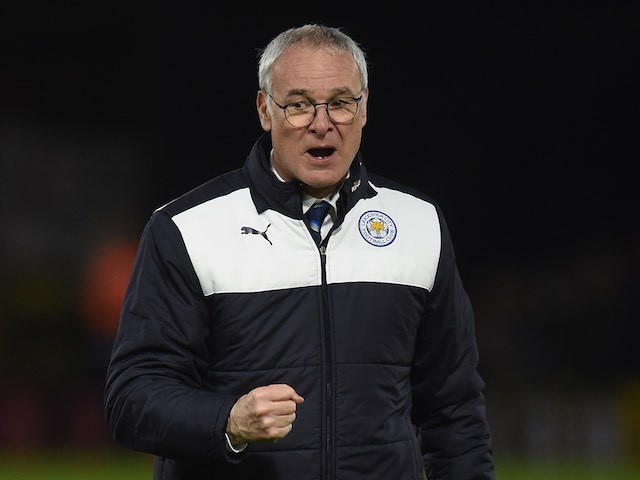 A lively start saw both teams have half-chances inside the opening five minutes, but Holebas could not beat Kasper Schmeichel from close range, before Heurelho Gomes got down well to keep out Christian Fuchs down the other end.

Ake was next to come close for Watford in the 11th minute, but the on-loan Chelsea defender's header from a Ben Watson free kick bounced off the top of the Leicester crossbar.

The best chance of the opening 23 minutes, which was full of intensity, fell to Leicester, but Vardy could not convert from close range after Mahrez had teed up the striker inside the Watford box. 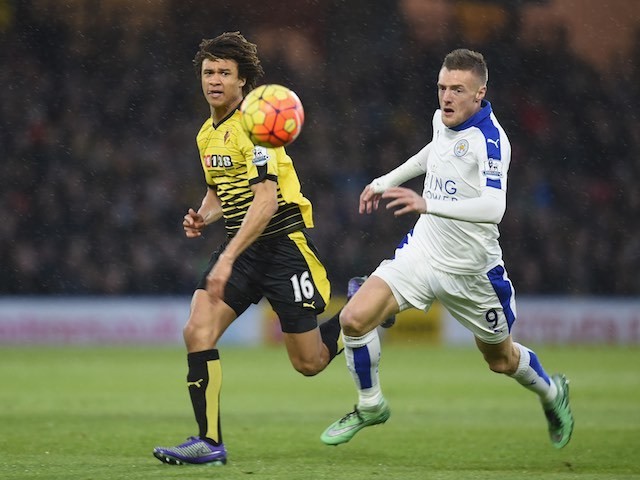 Down the other end, Odion Ighalo managed to squeeze a low cross in to Troy Deeney, but his effort was straight at Schmeichel as it remained goalless approaching the 30-minute mark at Vicarage Road.

Leicester skipper Wes Morgan headed straight at Gomes in the latter stages of the first period, but clear chances were few and far between, with neither side doing enough to deserve to be ahead at the interval. 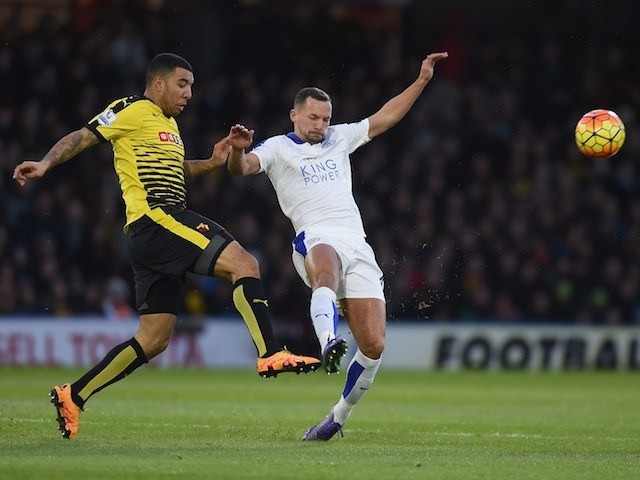 The first half-chance of the second period fell to Suarez, but the Spanish international, after breaking through a number of Leicester challenges, could not beat Schmeichel from just outside the box.

It was the league leaders that made the breakthrough in the 56th minute, however, when Mahrez found a yard of space inside the box before expertly placing the ball past Gomes and into the top corner.

Robert Huth looked to be sending Leicester two goals ahead just two minutes later when he met a cross from Kante, but Gomes was on hand to save as Watford came under increasing pressure. 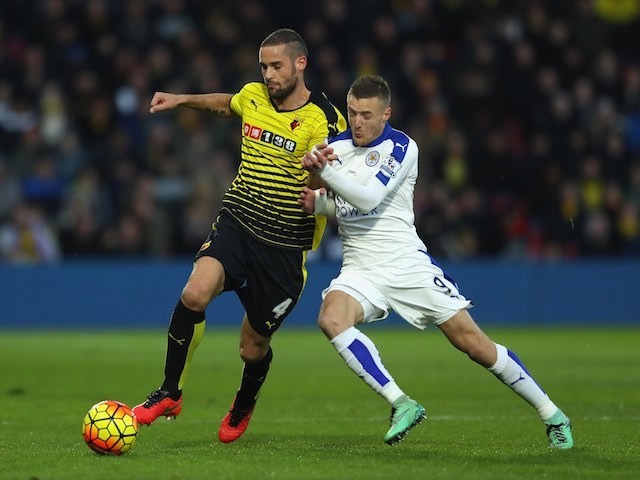 Amrabat had a half-chance for the home side in the 64th minute when he turned inside the Leicester box, but the Turkish international's effort was straight at Schmeichel, before Mahrez curled into the arms of Gomes three minutes later.

Huth's presence from set pieces continued to make it uncomfortable for Watford, while the home side were guilty of poor quality from dead-ball situations as the Foxes headed for the final 10 minutes with their one-goal lead intact.

Ighalo had a chance to level the scores in the 81st minute when Deeney found his strike partner inside the box, but the 26-year-old could only head straight into the arms of Schmeichel. 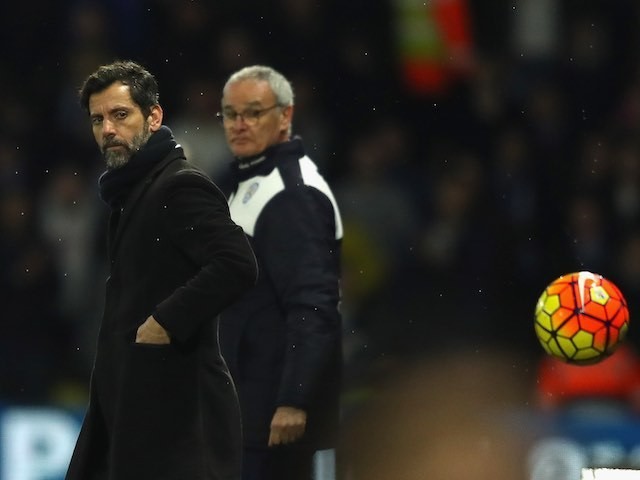 Watford continued to press forward late on as they attempted to avoid back-to-back 1-0 defeats in the Premier League, but Leicester held on to record another vital three points.

Leicester will continue their title challenge at home to struggling Newcastle United on March 14, while Watford will return to league action on March 19 at home to Stoke City after their FA Cup quarter-final next weekend.

Arsenal to move for Riyad Mahrez?

Djokovic: 'Men should get more money'
9

Pellegrini: "We did not deserve to lose"
10

Djokovic: 'Men should get more money'

Joe Marler drops out for trip to Paris

Marler to face no action over abusive remark

F1 to revert to 2015 qualifying format

Imola is 'option B' for Italian GP future