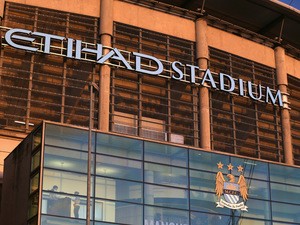 Manchester City midfielder Manu Garcia has signed a two-year contract extension to keep him at the Etihad Stadium until June 2020.

The 18-year-old Spaniard, who joined City's youth academy in 2013, has made four senior appearances for the club in all competitions, scoring one goal.

City confirmed the extension on Thursday after Garcia had written on Twitter: "Really proud and happy to have signed a new deal with one of the biggest clubs in the world! Seguimos!"

Garcia is currently on a season-long loan with La Liga side Alaves.

Enter your email address to subscribe to Sports Mole's free match previews newsletter! Updates are sent twice a week.
View our homepages for Manu Garcia, Football
Follow @SMManCity to get every Man City headline from Sports Mole, and follow @SportsMole for the latest breaking news stories
Recommended Next on SM

Sagna: 'No talks with Man City over new deal'

Bamford: "My dream was to play for Chelsea"
8

Keane: 'No offers from Wolves, Leeds'
10