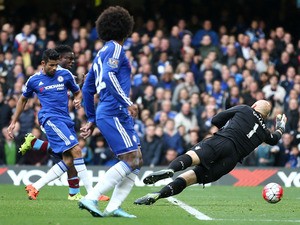 After a week off, the Premier League returned for matchday 32 on Saturday and it all started at Villa Park as rockbottom Aston Villa took on Chelsea.

Villa's relegation is not yet confirmed, but they edged nearer to doom by going down 4-0 to the Blues.

Relive it all with Sports Mole's minute-by-minute updates below.

Sort:
Newest
Oldest
11:48amMorning all! The Premier League is back after the last international break of the season and matchday 32 kicks off at Villa Park as rockbottom Aston Villa host Chelsea.
11:49amIt's Villa's first game since the departure of Remi Garde, but before we get into all that, let's take a look at the team news that is just reaching us from Birmingham.
11:51amVILLA XI: Guzan; Hutton, Richards, Lescott, Cissokho; Sanchez, Westwood, Gueye; Gil, Gestede, Ayew
Subs: Okore, Bacuna, Sinclair, Veretout, Bunn, Lyden, Grealish
11:53amCHELSEA XI: Courtois; Azpilicueta, Ivanovic, Miazga, Baba; Mikel, Fabregas; Pedro, Loftus-Cheek, Kenedy; Remy
Subs: Begovic, Jake Clarke-Salter, Matic, Oscar, Traore, Pato, Falcao
11:55amStarting with the home side, Villa make two changes from the defeat to Swansea City two weeks ago. Captain Micah Richards returns in place of Ciaran Clark at the back, while in midfield Carlos Sanchez is preferred to Jordan Veretout. Jack Grealish is back on the bench, but Adama Traore misses out.
11:57amFor Chelsea, the big news is that American 20-year-old Matt Miazga makes his Blues debut at centre-back with no John Terry or Gary Cahill in the squad today. 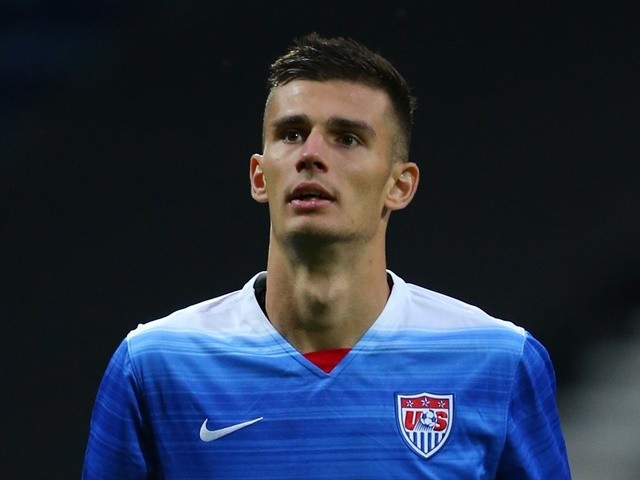 11:59amIn total there are four changes from Guus Hiddink, with Miazga, Baba Rahman, Pedro and Ruben Loftus-Cheek in for Terry, Cahill, Oscar and Willian. Strikers Radamel Falcao and Alexandre Pato – still to make his debut – are both on the bench.
12:01pmPato is likely to make his long-awaited Blues debut today, especially with Diego Costa suspended. The latter was hit with a further one-match ban and fined £20,000 by the Football Association yesterday for his reaction to being sent off in last month's FA Cup quarter-final defeat to Everton. He'll miss today's game and next week's trip to Swansea.
12:04pmSpeaking of suspensions, one man not in the Villa squad today is Gabriel Agbonlahor. The striker was suspended by the club after pictures emerged last weekend of the 29-year-old allegedly smoking a shisha pipe while on a mini holiday in the United Arab Emirates during the international break.
12:07pmSo a pretty bad week for Villa then after they decided to part company with Garde, who managed to win just two of his 20 matches in charge. Eric Black is in caretaker charge of the club today, but they are looking to appoint a long-term successor soon.
12:09pmInterestingly, one of Villa's new directors David Bernstein has just said on BT Sport that the club wants an "English manager" with plenty of experience both in the Championship and the Premier League. Nigel Pearson is already one of the frontrunners, along with David Moyes, and the former Leicester boss ticks both those bo
12:13pmMoyes and Pearson head the betting to be Villa's next manager, while other names linked with the post are Steve Bruce and Mick McCarthy. Garry Monk and Ruud Gullit are reportedly interested in the post, while ex-Newcastle boss John Carver revealed yesterday that he has applied for
12:16pmSo Villa are in real trouble and probably will not be long before they are confirmed as relegated. With seven games of the season to go, the Villa Park outfit are 12 points from safety and set to be relegated for the first time in the Premier League era.
12:18pmIn fact, only two teams – Derby in 2008 and Sunderland in 2010 – have had fewer points after 31 games of a Premier League campaign than Villa's 16 this season.
12:21pmAt home Villa have really struggled this term, winning just two and scoring only 11 goals in their last 16 matches at Villa Park. Today they come up against a side hard to beat on the road.
12:24pmChelsea are still unbeaten in the Premier League since Guus Hiddink was appointed interim manager until the end of the season. In their last six away league games, Chelsea have won four and drawn two, conceding just two goals in that time. 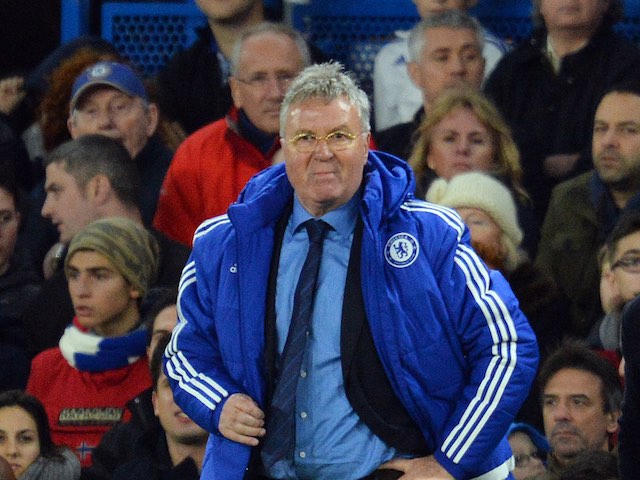 12:27pmSTAT: In fact, victory today for Chelsea would be their 200th away from home in the Premier League. Only Man United (245) and Arsenal (208) have more wins on the road in Premier League history.
12:29pmThe Blues also have a pretty good record in recent years against Villa. Chelsea have won seven of the last eight league games against the Villans, with the exception being a 1-0 away defeat two years ago.
12:31pmThis is Black's sixth time as a caretaker manager
12.33pm
12:34pmH2H STAT: The opening goal has come in the opening 15 minutes in six of the last eight Premier League matches between the Blues and the Villans.
12:36pmWhen these two last met in October they both had different managers in the dugout, with Jose Mourinho's Chelsea coming out on top 2-0 thanks to a goal from Diego Costa and an own goal by Alan Hutton. 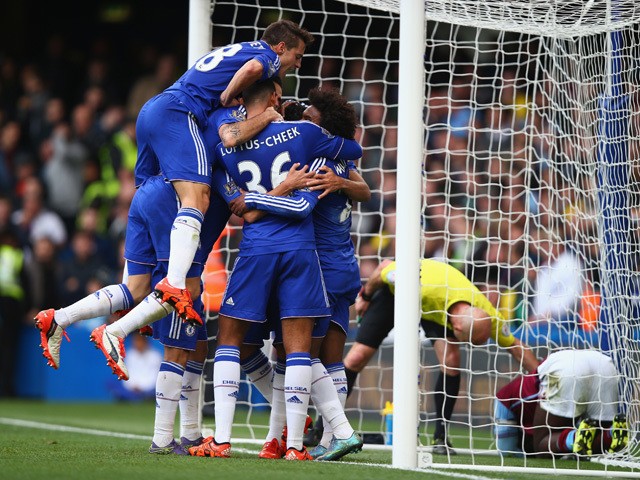 Terry picks Mahrez as Player of the Year

Terry picks Mahrez as Player of the Year
5

Arsene Wenger refuses to give up on title
6

Wilshere to feature for Arsenal U21s
7

Northern Ireland up to 26th in FIFA rankings
8

Northern Ireland up to 26th in FIFA rankings
3

Two horses die on day one at Aintree
4

Terry picks Mahrez as Player of the Year
8

Marcelo: 'Quarter-final tie not over'
10

Northern Ireland up to 26th in FIFA rankings

Two horses die on day one at Aintree

Del Potro: "I was close to quitting tennis"

Broad: 'Stokes can be one of England's best'

Verstappen 'could be at Mercedes, Ferrari'

Ronaldo taunted by chants of 'f****t'