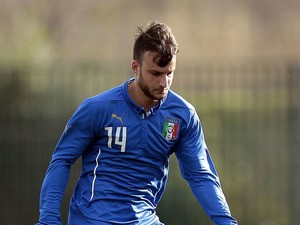 Chievo have confirmed that young defender Filippo Costa has joined Bournemouth on a season-long loan.

The Serie A side said on their website that the 20-year-old former Italy Under-19 international had joined the Cherries until June 30, 2016.

Costa is yet to make his senior debut for Chievo, last season making 29 appearances for Italian third-tier side Pisa.

He is the Cherries' sixth signing of the summer since their first promotion to the Premier League, following Artur Boruc, Sylvain Distin, Adam Federici, Joshua King and Tyrone Mings.

Mings to miss start of next season

Bournemouth's Tyrone Mings to miss start of next season

Hart: 'We must make away goals count'
8

Jese: 'We can turn it around in Spain'
9

Broad: 'Stokes can be one of England's best'

Clarke vows not to cry in Masters finale