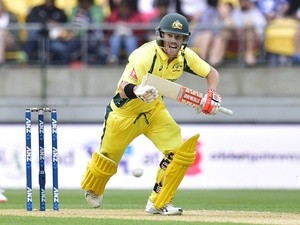 Australia have won their Tri-Nation series opener by sealing a six-wicket victory over West Indies in Providence.

David Warner hit an unbeaten half-century as Australia chased down a 117-run total with 146 balls to spare.

The Windies went into bat first, but they struggled to find their feet as Johnson Charles was the top-scorer with a knock of 22 off 48 balls.

Nathan Lyon and Adam Zampa were the stars of the bowlers as they nabbed three wickets apiece, with the latter bowling out captain Jason Holder for just one run.

In reply, Warner guided the attack as he ended the match unbeaten having scored a run off all 55 balls that he faced.

Xherdan Shaqiri: 'I may switch country'
4

Skrtel 'on verge of joining Fenerbahce'
5

Xia 'wants Villa to be as big as Barca'
8

Nasr admits he could leave Sauber
10

Xherdan Shaqiri: 'I may switch country'
10

Nasr admits he could leave Sauber
4

Skrtel 'on verge of joining Fenerbahce'
5

Nasr admits he could leave Sauber

Skrtel 'on verge of joining Fenerbahce'

Nasr admits he could leave Sauber